This small dungeon is full of connecting caves and ladders.

To make it through quickly, refer to the map to know which doors/ropes to take to get to the shiny spot. 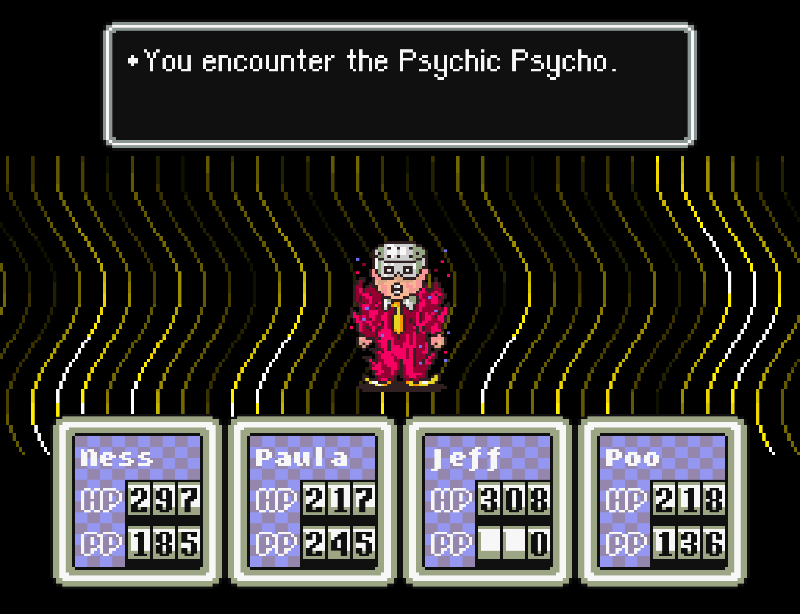 Enemies here are particularly intense. Because of the close quarters it's hard to bypass most of them.

Try to save up your items and PSI for the boss. There will be a Magic Butterfly to help if you run low. 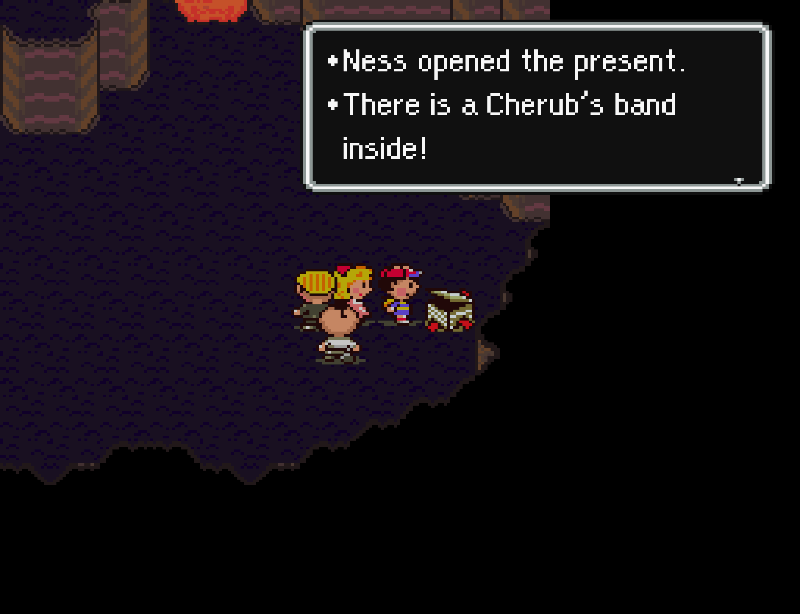 As far as items, definitely go for the Cherub's Band. The Moon Beam and Bag of Dragonite can also be really helpful. 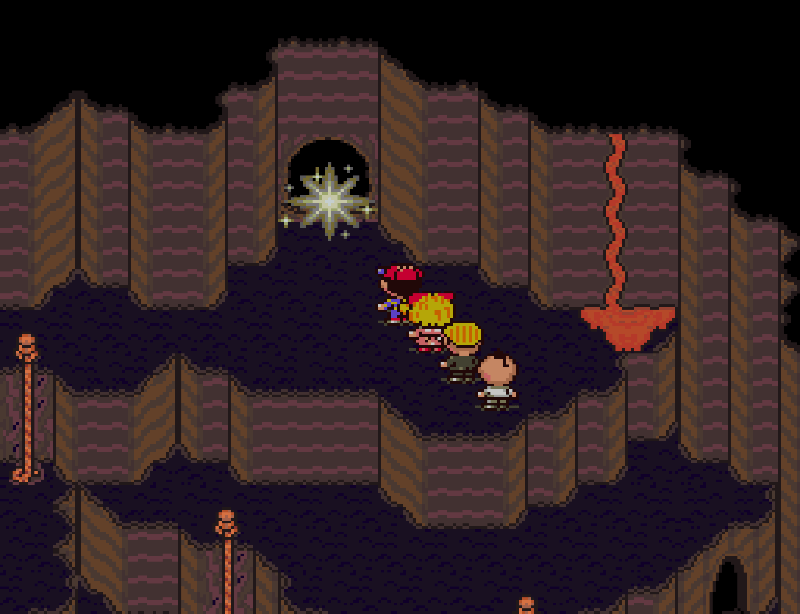 The quickest path according to the map would be to take the following:

Rest up before checking the shiny spot. 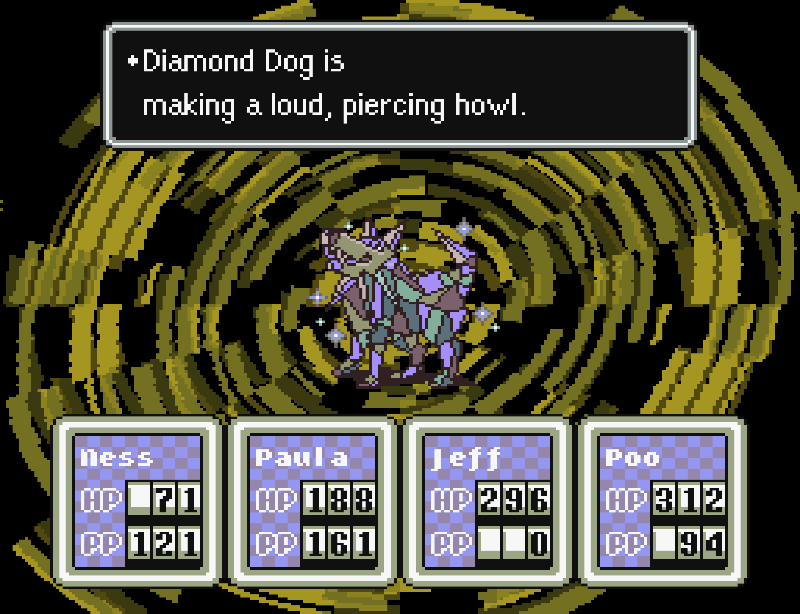 This is a TWO PART battle.

1) Carbon Dog - Have Paula and Poo cast their highest level Freeze spells as often as possible. Be careful with Jeff's Multi Bottle Rockets because if Carbon Dog is defeated before the Multi Bottle Rocket is set off, it could hit the Diamond Dog and since he has a power shield it will reflect back causing certain death.

2) Diamond Dog - If you can use a Shield Killer or Neutralizer to take down his Power Shield that will free you up to use Multi Bottle Rockets. Otherwise just throw as much PSI at him as you can until the battle ends. Watch out for his Flash Ω which can paralyze you or even kill you ( unless your character has a Night Pendant or Sea Pendant equipped ). 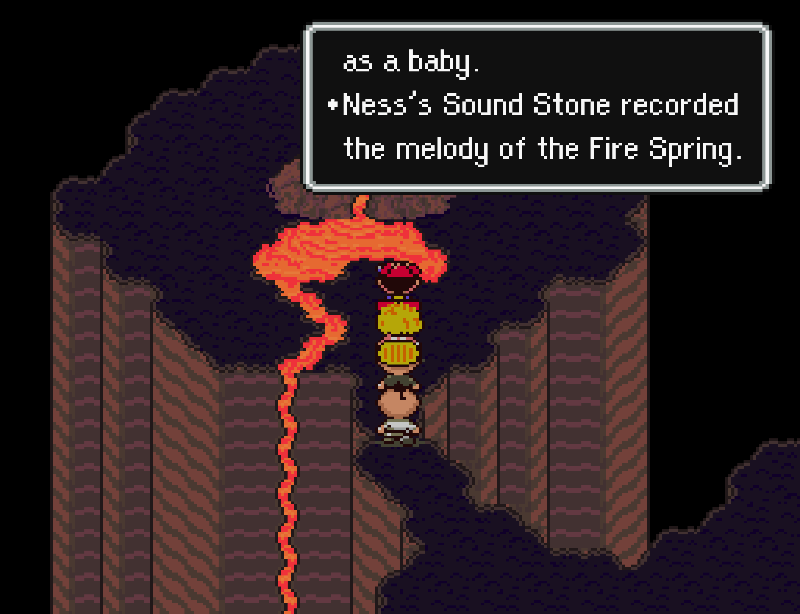 After the battle you'll come to the final sanctuary location.

And with that, the final melody is recorded on the Sound Stone. 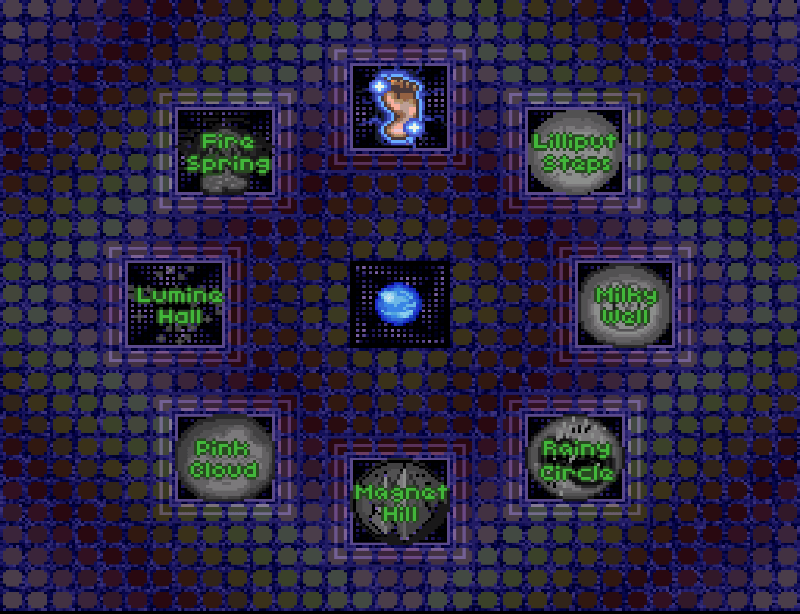 All of the melodies that have been recorded will all be played together. 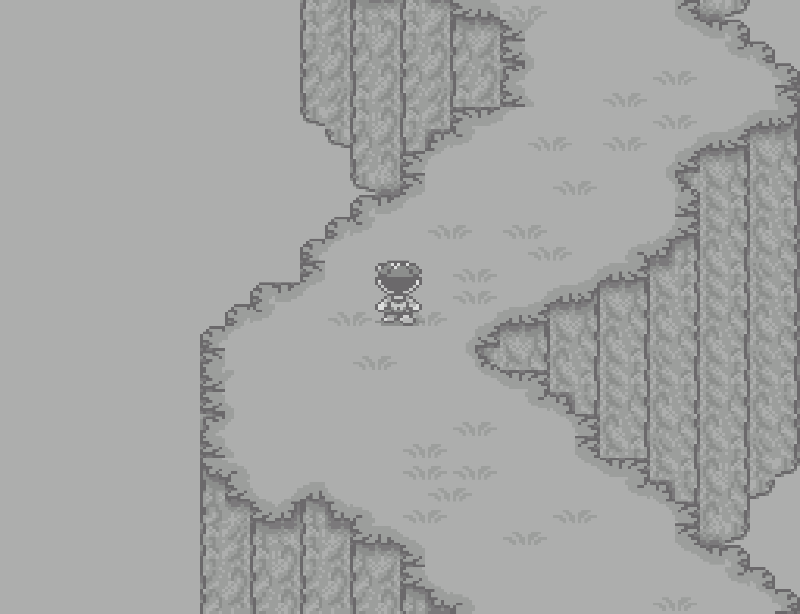 Ness will have a vision of when he and his parents first witnessed his powers.

After the vision, you'll be transported somewhere... strange....